You are here: Home / News / Bicycling becoming safer despite spike in fatalities 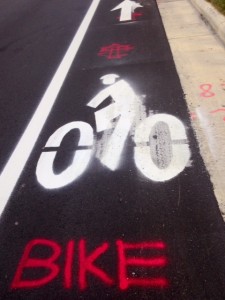 Despite recent numbers, bicycling is becoming safer. Nine bicyclists have been killed by motor vehicles in Wisconsin so far this year. That’s already five more than all of last year. Dave Cieslewicz is Executive Director of the Wisconsin Bicycle Federation.

“Anytime we have an increase in fatalities, it’s something we need to be concerned about, but it’s also important to note that cycling overall has gotten safer,” Cieslewicz said. “If we look at the number of crashes per 1,000 cyclists, they’re down considerably over the last four years, from about 57 per 1,000 cyclists to about 49 per 1,000 cyclists.

More than a third of recent bicycle fatalities were caused by a motor vehicle striking the bicycle from behind, according to an analysis by UW-Milwaukee traffic safety researcher Robert J. Schneider as reported in the Milwaukee Journal Sentinel.

“I think that just underscores the importance for drivers to look out for cyclists, and understand that they do have the rights of the road just as drivers do, and to try to give them at least three feet of clearance. That’s what the law requires,” Cieslewicz said.

The latest fatality was a hit-and run Sunday night in the Milwaukee suburb of Germantown. The driver in that incident has not been charged.