You are here: Home / Legislature / Bill would limit sale of novelty lighters in Wisconsin 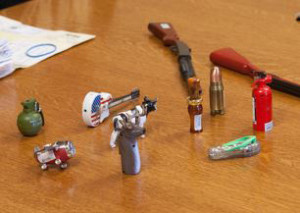 Cigarette lighters that look like small toys would face new restrictions, under legislation being considered at the Capitol.

The bill from state Sen. Julie Lassa (D-Stevens Point) and Rep. Scott Krug (R-Nekoosa) would prohibit the sale of novelty cigarette lighters to anyone under the age of 18, while also limiting the ability of stores to put them out on display. Retailers would not be able to sell them in an area accessible by minors.

During a hearing at the Capitol Tuesday, Lassa argued the types of lighters targeted include those often shaped like small vehicles or guns, along with others that use light and sound. “These lighters look like toys and are very attractive to children, who believe they look like toys,” Lassa said.

Lawmakers heard from a long line of people whose lives have been changed because of accidental fires. Jeff Jordan was badly burned in a fire more than 20 years ago, which was started by a sibling playing with a lighter. He told noted that many of the devices targeted by the bill do not have the same safety features as a normal lighter, which can increase the danger they pose.

Pittsfield Fire Chief Jerry Minor has been fighting to pass the bill since 2008, after a child in his area died in a fire they believe was caused by a lighter. While he noted that fire officials often focus on fire safety, prevention is also a key part of their jobs. “This is more than the parent’s responsibility – it’s our responsibility to take these things off the market for kids.”

Similar legislation has been introduced three times in previous sessions with varying levels of support. Krug says he expects it to make it to the floor in both chambers for a vote this session and to “cross the finish line this time.”