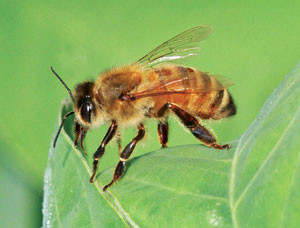 Declining populations of honey bees and other pollinators in Wisconsin are prompting a call to action.

Department of Ag, Trade and Consumer Protection spokesperson Donna Gilson says stakeholders such as environmentalists, agriculture representatives, tribal governments, UW researchers and more are working to understand the problem and are meeting this week in Madison to develop an action plan. She says the goals is to “educate them, to open some lines of communication and to lay out the most important parts of voluntary action that they can take to protect pollinators.”

Gilson says it’s part of a greater, nationwide effort to preserve that important part of the food chain “From the federal level down to the local level, they’ve begun efforts to try to try to protect these insects that are vital to agriculture and to our food supply.”

The meeting is August 12 at the Arlington Agricultural Research Station north of Madison. Gilson says the input presented will be put into a plan that will be released for public comment.