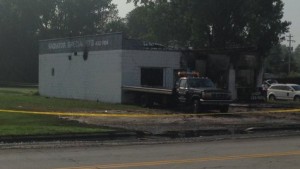 Police say a crash, and not the subsequent fire, took the lives of two men whose bodies were found at an auto shop in Green Bay.

Police identified the victims as 40-year-old Rick Latour of Green Bay, who was the driver, and 27-year-old Shawn Schley of Green Bay, the passenger. They say Latour was speeding, when he missed a curve and hit the building. The building started on fire, after the accident.

Autopsies showed both men died from the injuries they suffered in the crash.

Investigators have not yet seen the results of toxicology tests.