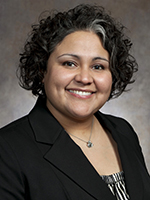 Proposed legislation would provide undocumented immigrants in Wisconsin with a “drivers card.” The bill is from state Representative JoCasta Zamarripa (D-Milwaukee). “We know it’s happening,” Zamarripa said. “We know that they’re driving without a driver’s license, without having gone to the DMV to prove they can pass a driver’s test, and that’s not good for any of us.”

Zamarripa also said the bill won’t flag people for deportation. “Some folks will say, ‘does this put a target on the undocumented immigrants back?’ I’ve asked that of constituents who I know are undocumented, and they tell me ‘right now I have a target on my back, when I get in the car without a driver’s license.”

Zamarripa, who’s circulating the bill for cosponsors, said she hopes it will receive a public hearing in either the Assembly Transportation Committee or Committee on Criminal Justice and Public Safety, which she serves on. The bill is unlikely to pick up support from Republicans who hold majorities in the legislature.