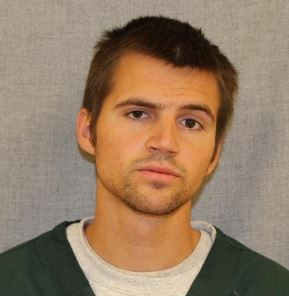 An inmate who escaped from a correctional camp in west-central Wisconsin is a suspect in a home invasion and a high-speed chase, and should be considered armed and dangerous. He’s identified as Kaeden Dumholt.

Sawyer County Sheriff’s Deputies responded to a home invasion on Friday. A pair of male suspects entered a residence and confronted the homeowner at gunpoint. The men left and the victim was not injured. A short time later a pursuit of the suspects vehicle developed on Highway 77 in Hayward. The vehicle was identified as being stolen from Jackson County and the suspect was thought to be Dumholt, who escaped from the Black River Correctional Center on August 2nd.

The suspect abandoned his vehicle on County Highway E and fled on foot. A search failed to locate Dumholt.

Sawyer County Sheriff Mark Kelsey said Dumholt should be considered armed and dangerous. He is about 5’10” tall and about 145 lbs and was last seen wearing a gray t-shirt and green pants. Anyone with information about Dumholt or his whereabouts is encouraged to contact the Sawyer County Sheriff’s Department at 715-634-4858, toll free 877-699-4112 or dial 911.