You are here: Home / Packers / Favre inducted into Mississippi Sports Hall of Fame 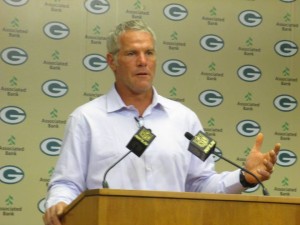 Favre’s induction comes two weeks after his emotional return to Green Bay, when he was honored with a spot in the Packers Hall of Fame and had his No. 4 retired.