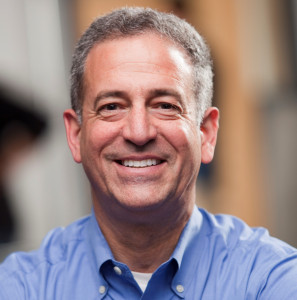 Before the smoke clears on Wisconsin’s 2016 U.S. Senate race, millions of dollars are likely to have be spent trying influence the outcome. The expected rematch between Republican U.S. Senator Ron Johnson (R-WI) and Democrat Russ Feingold, who lost the seat to Johnson in 2010, already has both candidates raising millions and outside groups running issue ads targeting the candidates.

Feingold argues that doesn’t have to be the case though. The Democrat, long known for his opposition to what he calls “dark money ads,” has urged Johnson to sign a so-called “Badger Pledge.” The agreement would have both candidates agree to make a donation to a charity of the opponent’s choosing every time an outside group runs an ad that benefits them. The donation would be equal to 50 percent of what those groups spent.

Feingold says “that has real teeth. That actually would prevent these from happening.”

Johnson has so far refused to sign the pledge. In a statement, campaign spokeswoman Betsy Ankney offered the following explanation for why that’s the case – “Senator Feingold has yet to tell Wisconsinites everything about his own shady outside money group and how much it supported him, his staff, and his personal ambition. Until he comes clean about that, there’s nothing else to talk about.”

The statement is a reference to Feingold’s Progressives United PAC, a political action committee designed to support liberal candidates that he formed shortly after losing in 2010. The fund stepped back after Feingold announced his plans to run this spring, but has drawn scrutiny following reports that it spent much of its money on fundraising and salaries for staff members who now work on the Democrat’s campaign staff.

Feingold maintains that the best way to prevent any outside involvement in the race is for both candidates to just go ahead and sign the pledge. Otherwise, he argues “it means that out of state interests…get to control Wisconsin’s political process in a way they never should be allowed to do.”