You are here: Home / News / Filing shows Scott Walker was a target of John Doe 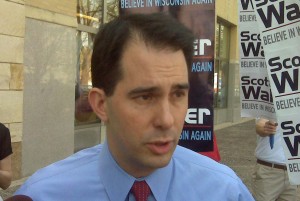 A new court filing shows that Wisconsin Governor Scott Walker was at the center of an investigation into the rewarding of an office lease and a cleaning service contract while he served as Milwaukee County Executive.

The John Doe investigation, which was concluded in March of 2013, examined issues ranging from campaign finance fraud to embezzlement, and resulted in charges against six individuals. Of those charged, three were former employees of Walker’s office.

Walker, a current candidate for the Republican presidential nomination, was never charged and always maintained he did nothing wrong.

The document filed in federal court Wednesday came in response to a lawsuit brought against the prosecutors who handled the probe. Former Walker aide Cindy Archer, who was also under investigation, argued her civil rights were violated when police raided her house in 2011. The filing includes a 2011 request for search warrants, and shows that investigators believed there was probable cause that Walker, campaign treasurer John Hiller and real estate broker Andrew Jensen violated state public office misconduct laws in 2010, as the Walker administration negotiated a lease to house the county Department of Aging.

Hiller and Jensen were also not charged in the investigation.

AshLee Strong, a spokeswoman for Walker’s presidential campaign, issued a statement Wednesday evening responding to the filing. “The information released today comes from a case that has been closed for more than two years. It is another example of the politics involved in this process as people who could not prove things in a court of law are attempting to win in the court of public opinion.”