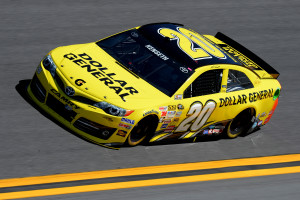 Kenseth captured his 33rd career win after Kyle Busch ran out of gas on the final lap.  Busch, who had won the last three Sprint Cup races, finished 21st.

Kenseth made it five wins in the last six races for Joe Gibbs racing.  It’s his first win at Pocono.  Kenseth locked up a spot into the chase for the Sprint Cup Championship shootout.