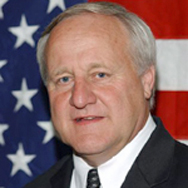 Members of a state Senate committee are calling for details to be released about a possible plan to merge the two-year University of Wisconsin campuses and Technical College system.

A special work group has been meeting behind closed doors on the issue. Democratic State Senator Dave Hansen (D-Green Bay) argues those talks should be taking place in public though. “We just feel it’s time for them to open the process and allow the public to participate in it.”

Hansen is the ranking member of the Senate Universities and Technical Colleges Committee. He recently signed on to a letter to the chair of the panel calling for a public hearing, which he argues would allow the public, administrations, students, and faculty to weigh in.

No legislation has been introduced yet and Hansen admits that, once an actual proposal comes forward, it is likely to receive a public hearing. However, he notes that lawmakers pushed through budget cuts and other changes to the UW in the state budget with little public input, and he’s worried the same could happen with this issue.

Staff for Republican state Senator Sheila Harsdorf (R-River Falls), who chairs the committee, said she had not yet reviewed the request.