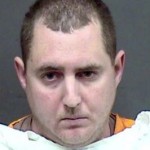 Felony charges have been filed in Racine County Circuit Court against a 34-year-old Caledonia man in the traffic-related death last Sunday of a 13-year-old girl as she walked along a local road. Thomas Macemon faces 2 counts of homicide by the negligent operation of a vehicle, and with the use of a controlled substance.

Investigators said Sara Dresen was struck by an SUV that crossed the centerline of the 2-lane road, and then struck a power pole. According to the charging document, Macemon suffered a broken ankle, and admitted to drinking, ingesting Xanax and another medication, as well as smoking marijuana, prior to the accident.

Macemon remains jailed on $250,000 bond, with a preliminary hearing scheduled next week.