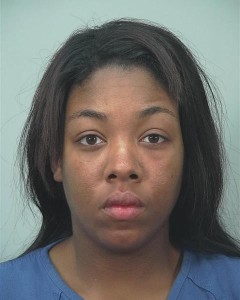 A Madison woman is charged with first-degree reckless homicide in the death of a 31-year-old Madison man who had earlier tried to run over her and a small child. Police said 25-year-old Cierra T. Finkley was arrested and charged Tuesday.

According to a police report, South District officers responded around 11:00 a.m. to a domestic disturbance between Finkley and the man, where the man had attempted to hit Finkley and the child with his vehicle in an apartment parking lot. The man fled the area prior to officers arrival and they were unable to locate him.

Later, police returned in response to a call for a woman armed with a knife, and found the man with a life-threatening injury from a stab wound. He was taken to a hospital, where he later died. Finkley remains in the Dane County jail.