You are here: Home / News / Moore stands by ‘noose’ comment 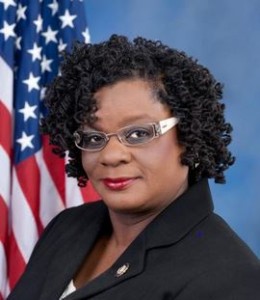 Wisconsin Congresswoman Gwen Moore is standing by a controversial comment about Governor Scott Walker, in which she claimed his policies are literally “tightening the noose” around African Americans.

Moore made the claim during a conference call with reporters on Monday, pointing to a number of policy items backed by the Republican presidential hopeful she said have damaged the black community. Those include a state voter ID requirements and tough on crime laws she argued have raised incarceration rates for minorities.

Walker’s campaign has called the remark “inappropriate,” but the Milwaukee Democrat on Wednesday only took a small step back from her claim. She cited her sister in noting that “everything that pops into your head doesn’t need to pop out of your mouth…but, having said that, I don’t see any reason to apologize.”

Moore added that, if anything, she thinks Walker should be apologizing to African Americans. Moore claimed Walker has made a “deliberate effort” during his time as governor to “increase the misery index” of the black community. She offered examples such as proposals to require drug testing for food stamp recipients and abandoning a high speed rail project that could have brought a train manufacturer to the state’s largest city. “He needs to explain to black people in this country how he’ll be a good president to them,” Moore argued.

When pressed on whether she would choose her words differently if given a chance to do the call over, Moore said “I can’t go back to that press conference at all. But I can tell you, as an African American, that I have felt the oppression of Scott Walker…I certainly wish we could go back to some of the policies that he’s put in place and reverse them.”