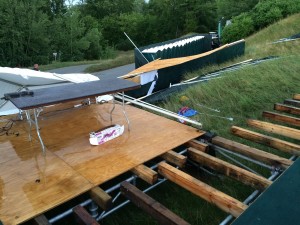 Madison’s Steve Stricker was at -3 for the tournament with two holes to play in his second round when he double bogeyed number-8.  He then saved par on the 9th and final hole by chipping in from off the green.

Menasha’s Ryan Helminen shot an even par 72 to finish four over par and miss the cut to the weekend.  It’s the second straight year that Helminen has missed the cut at the PGA.  Hudson’s Brent Snyder is five-over through 12 holes and nine-over for the tournament.  He’ll finish his second round today, but won’t play beyond that.

AUDIO: Jordan Spieth likes where he is at, but has work to do :15