You are here: Home / Health / Medicine / ‘Super lice’ and ‘social media lice’ on the rise 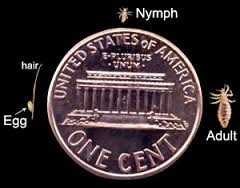 Now more than ever, lice are not nice. A strain of head lice (Pediculosis) that’s immune to over-the-counter treatments is spreading across the country – including Wisconsin. Doctor Sharon Rink is a pediatrician at ThedaCare’s Darboy clinic in the Fox Valley.

“For the past few years we’ve had lot of parents call, very frustrated with the failure of the over the counter lice treatment,” Rink said. “If the over the counter treatment is not working, we use a prescription medication.” But doctors recommend using the over-the-counter methods first. If the prescription medication is over-used, lice could develop an immunity to it.

Teens have historically been a low risk group for getting head lice, but the condition is on the rise in that age group. “There’s a new term called ‘social media lice,'” said Rink. “We’re finding teenagers becoming infested with lice, which you didn’t see as much in the past.”

Rink said lice are spreading as teens touch heads while taking a group selfie. “I’ve been doing this for 20 years and I’ve never seen this many teenagers with lice.”