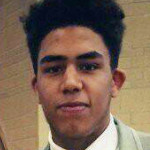 The family of an unarmed, black Madison youth shot and killed by a Madison police officer earlier this year is filing a federal civil suit against the city and the officer. Members of Tony Robinson’s family will hold a press conference at 4:30 p.m. Wednesday. The 19-year-old was shot and killed by Officer Matt Kenny on March 6, during a confrontation at an apartment in the city’s Williamson Street neighborhood.

The lawsuit follows on news Tuesday that the family of Paul Heenan, who was shot and killed by a Madison officer in 2012, have accepted a $2.3 million settlement.

The Robinson suit, brought by the Chicago civil rights law firm Loevy & Loevy, charges civil rights violations. It says that police audio and videotape directly contradict the version of events given by Kenny, demonstrating that Robinson posed no immediate threat to the officer or other civilians, despite Kenny’s claims. 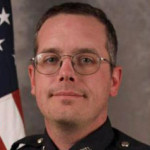 Kenny, who fired a total of seven shots to kill Robinson, was cleared of criminal wrongdoing in Robinson’s death, following an investigation by the Wisconsin Division of Criminal Investigation. Dane County District Attorney Ismael Ozanne announced there would be no charges filed against Kenny, and that his use of force against the unarmed teen was justified. Kenny was also cleared by an internal Madison Police Department investigation.

The lawsuit questions the manner in which the initial investigation into the shooting was conducted, and states that Robinson’s death was “without lawful justification” and “intentional homicide.”