You are here: Home / News / Walker to unveil Obamacare alternative in Minnesota 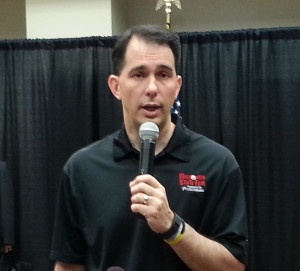 Governor Scott Walker plans to detail his plans for America’s health care system during a stop next week in Minnesota.

The Republican presidential hopeful will visit a factory next Tuesday in Brooklyn Center, Minnesota – a suburb of Minneapolis. Walker will use the stop reveal his plan to repeal and replace Obamacare. His campaign says the governor will also discuss the “disastrous effect the law has had on individuals, families, and businesses.”

Walker has long been an opponent and vocal critic of the health care law. The speech is one of several policy proposals he’s expected to roll out in the coming weeks, as he seeks the Republican nomination.