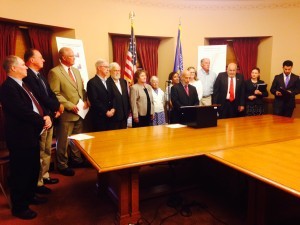 The Wisconsin Department of Justice has moved to dismiss a lawsuit filed over legislative district maps. The suit, filed last month on behalf of 12 plaintiffs, claimed the 2011 state Assembly district lines were drawn to advantage Republicans. The district boundaries were drawn in secret, at the offices of a Madison law firm hired by GOP legislative leaders. The lawsuit filed by a group of Democrats asks that the map’s boundaries be tossed out.

Department of Justice attorneys moved Tuesday to dismiss the lawsuit, arguing that no standard exists for measuring the burden a gerrymander places on the right to legislative representation. Justice officials also said plaintiffs in the lawsuit lack standing unless they live in a gerrymandered district. The case is to be heard by a three-judge panel from the U-S District Court in Madison and the Seventh Circuit Court of Appeals in Chicago.