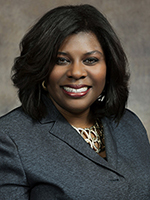 A bill providing mandatory minimum sentences for convicted felons who commit violent gun crimes may get a state Senate vote. The bill, a response to a skyrocketing Milwaukee murder rate, passed the Assembly in June. Representative LaTonya Johnson (D-Milwaukee) who co-authored the legislation (AB 220) with Representative Joel Kleefisch (R-Oconomowoc).

“A lot of the children in the city of Milwaukee don’t believe that they are going to live to reach the age of 16 or older,” Johnson told members of the Senate Judiciary and Public Safety Committee. She also held up photos of several victims of fatal shootings in the city this summer, which have reached 104 victims.

Milwaukee Mayor Tom Barrett said he normally opposes mandatory minimums – but in this case. “If they’ve committed a violent crime, and then go out and use a gun, I want them locked up,” Barrett said. The bill establishes mandatory miniums of three to five years for felons who commit crimes with guns.

“We’re looking at deterring the actions of people well acquainted with the criminal justice system,” said Miulwaukee Chief of Police Ed Flynn. “Right now, the current punishment structure does not deter them.” State Senator Lena Taylor (D-Milwaukee), said mandatory minimums have been shown to be ineffective in deterring crime.