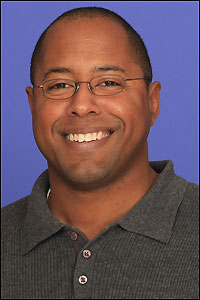 Pittsburgh Pirates Director of Player Personnel, Tyrone Brooks is being interviewed as a potential replacement for Doug Melvin, who announced last month that he will be stepping down as the Milwaukee Brewers General Manager.

The Milwaukee Journal Sentinel says Brooks is on a short list of candidates to replace Melvin, with the hopes of having a new general in place possibly before the postseason comes to an end.

The 41-year-old Brooks oversees the Pirates’ pro scouting and international scouting departments.  He’s in his sixth season with the Pirates and 20th in pro baseball.

The Brewers are also expected to interview Oakland A’s assistant general manager Dan Kantrovitz and Tampa Bay assistant GM Chaim Bloom.  Brewers director of amateur scouting and special assistant to Doug Melvin, Ray Montgomery is believed  to be the only internal candidate being considered for the opening.