Despite concerns from the state’s biomedical industry, and objections from the Wisconsin’s largest business lobby, a bill banning sale of tissue obtained from aborted fetuses appears poised to advance in the state legislature. The measure has passed an Assembly Committee, and the leader of Republicans in the state Senate said this week that work is underway to take up the measure in that chamber.

“If it in fact passes, and the governor signs it into law, we know that it’s going to be the death of an industry that does lifesaving research,” said Representative JoCasta Zamarippa (D-Milwaukee). “That’s why we see folks like WMC joining progressive Democrats like myself, in opposition to that bill.” 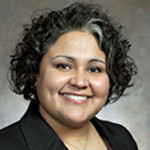 Opponents of the bill have voiced concerns that it could set up researchers at the University of Wisconsin and elsewhere for criminal prosecution, should it become law. Similar legislation has failed to advance in past legislative sessions. The difference this time has been the release of undercover videos which purport to show a Planned Parenthood official in California talking about the cost of providing fetal body parts with anti-abortion activists posing as tissue buyers.

Planned Parenthood is allowed to charge to cover the costs of transferring the parts of aborted fetuses, but federal law prohibits the sale of the parts themselves.

“It seems like a video is released on a daily basis at this point, and it certainly continues to drive the discussion,” said Senate majority leader Scott Fitzgerald (R-Juneau) is in support of the measure. “We’re working with the Assembly, and with certain caucus members to try and develop a strategy where eventually we can have agreement with the houses, and with Governor Walker, on what exactly he is looking for in a piece of legislation,” Fitzgerald said.

The bill’s author, Representative Andre Jacque (R-DePere), said he was caught off guard by the opposition to his legislation from Wisconsin Manufacturers and Commerce, the business lobby group. “It was not something that I was forewarned about, either in terms of the my colleagues in the Assembly or with WMC,” Jacque said. “That being said, I still see a lot of positives moving forward” 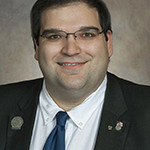 Fitzgerald indicated that the opposition from WMC is something his caucus will need to consider. “No one really knew or expected that, I think, and when they did, certainly it’s something I think many members will take into account.”

Wisconsin Manufacturers & Commerce president and chief executive officer Kurt Bauer told the Milwaukee Journal Sentinel in an e-mail that the organization would oppose the bill, despite work by its supporters to narrow its scope. “As the state Chamber of Commerce, WMC has members in all sectors of the economy, including bio-tech and bioscience. Those members have expressed concerns about the bill’s impact on their ability to conduct medical research,” Bauer told the paper.