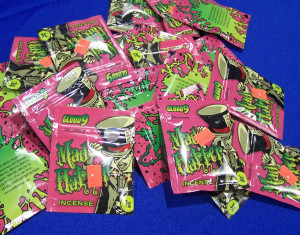 Lancaster police say five people were taken to a hospital after apparently smoking synthetic marijuana Monday night. Sergeant Justin McLimans was on scene. “First we didn’t know what we had,” McLimans said. “The first one came in as someone who was seizing. When the second one came in we knew we had something, and it wasn’t good.”

McLimans said four of the victims were teens and the fifth was 55-years-old. “We believe the two that had the strongest reactions to the synthetic marijuana could have died if they didn’t get help,” McLimans said. Lancaster is in Grant County, in southwestern Wisconsin.

Lieutenant Jason Freedman with the Dane County Narcotics Task Force has had his share of dealings with synthetic marijuana, which is sometimes sold in convenience stores. “Because batches of this stuff are coming in and a particular batch can be particularly dangerous, this type of thing is not unusual,” Freedman said. He warned that users don’t know what chemicals are being used. Lancaster police are planning to hold several talks with high school students this fall, specifically to address the concerns with synthetic marijuana.