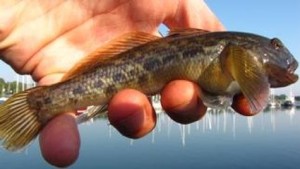 An invasive species of fish found in the Fox River has forced the closure of the Menasha lock for the Labor Day weekend. According to the Wisconsin Department of Natural Resources, four round gobies have been caught by anglers below the Neenah dam in recent days. It’s the first time the fish has been confirmed upstream of the series of locks and dams between Neenah and Green Bay.

Anglers are now being asked to help determine whether the round goby is present upstream of the dams in Neenah and Menasha, or even Lake Winnebago.

The DNR encourages any anglers who catch a goby this weekend to freeze it and take it to a DNR office next week. DNR workers are also setting traps and using shocking equipment on the water to determine how widespread the gobies are.

The Fox River Navigational System Authority, which operates the locks along the Fox River, closed the Menasha lock at 10 p.m. Wednesday. Boaters can check Facebook for updates on when the lock will reopen. They can still access the Fox River at various public launches in the Fox Valley as well as about 60 on Lake Winnebago.

Gobies have a single, scallop-shaped pelvic fin on their bellies, a black spot on their front dorsal fins, frog-like raised eyes and thick lips. They are between 3 and 6 inches long, and have a mottled gray color. The bottom-dwellers force out native fish by eating their eggs and young, taking over optimal habitat and spawning multiple times per season.