You are here: Home / News / Kind in support of Iran nuclear deal 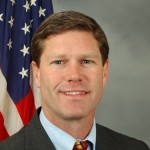 Wisconsin congressman Ron Kind is on board with the Iran nuclear deal. “While it’s not a perfect bill, I’m reasonably confident that if Iran does abide by its terms, it buys us at least 10 to 15 years delay in their nuclear weapons program, whereas the intelligence community today tells us they could be two to three months away from breakout,” Kind said.

The Republican-controlled House is expected to approve a resolution opposing the deal this week, but Senate Democrats have enough votes to support President Obama’s expected veto, which will then set the stage on a vote to ratify the agreement.

“I keep asking the critics of this agreement, ‘if not this than what?’ What’s the alternative? What’s Plan B short of having to take preemptive military action against Iran?”