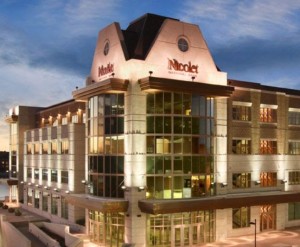 A merger between two banks in the Green Bay area is expected to create the fifth largest bank in the state.

Officials from Baylake Bank and Nicolet National Bank announced the merger on Tuesday. If approved, it would create a system with about $2 billion in assets and 40 branches, although Nicolet CEO and chairman Bob Atwell noted some of those locations could close. Atwell said that’s partially because of branch overlap, along with seizing an opportunity to create a stronger banking system in the northern part of the state.

The CEOs of both banks will share leadership until the merger is approved – possibly by early next year. All branches will operate under the Nicolet National Bank name.

UPDATE: This story was changed to reflect that the merger would create the fifth largest overall bank in the state. A previous