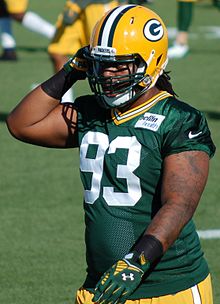 One day after Green Bay’s 27-17 win over the Seattle Seahawks, the Packers have lost another player to injury for the season.

The Packers announced a roster move this afternoon, signing linebacker Joe Thomas, who was cut by the Packers at the end of training camp, then spent the first two weeks of the season on the Dallas Cowboys practice squad.

Boyd suffered a broken ankle in Sunday’s win over the Seahawks after playing just three defensive snaps in the game.  Boyd was down on the field for a while before being carted off the field.  Boyd was drafted by the Packers in the fifth round of the 2013 draft and played a combined 24 games over the last two years, including four starts a season ago.