You are here: Home / Sports / Parker makes it through Bucks three-hour workout 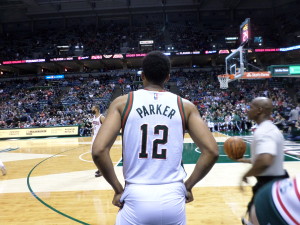