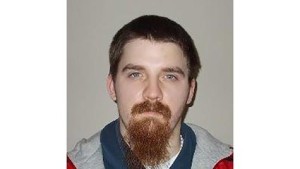 An armed robbery suspect shot and killed by a police officer in Ashwaubenon has been identified as 25-year-old Dustin Kuik of Two Rivers. Kuik, a convicted felon in possession of a firearm, was slain in the parking lot of the Quality Inn in the 1900 block of Holmgren Way just before 1 a.m. Wednesday.

Officers were tipped off that Kuik, who was the suspect in the armed robbery of a Mishicot convenience store on Labor Day, may have been staying at a hotel in the area. Officers spotted Kuik’s vehicle, and tried to pull it, but Kuik turned into the hotel’s parking lot.

“When they activated the emergency lights on the vehicle, that car pulled into the parking lot of the Quality Inn,” said Captain Jody Crocker. “The suspect, a male, got out of the driver’s seat with a gun and refused to listen to officers’ commands. He started entering the hotel, and gunfire was exchanged between the suspect and officers.”

According to Crocker, a woman and 2 children were also inside Kuik’s vehicle. They were not hurt in the incident. The Wisconsin Division of Criminal Investigation is heading up the investigation as required by state law.