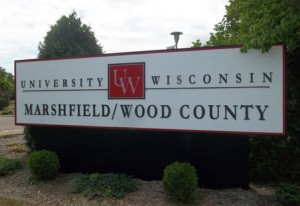 The University of Wisconsin’s two year colleges are cutting back on administrative staff to help deal with the overall system budget cuts.

The campuses are in the process of cutting more than 80 positions across the state in an effort to deal with the $5 million in reduced funding they received in the last state budget, which is their share of the overall $250 million in cuts to the entire UW-System.

UW-Marathon County dean Keith Montgomery says the Colleges will be cutting down to just four campus deans running regions of the state. “By October 1st, we’ll have a dean for Marathon County here, Marshfield, Rice Lake and Marinette. So it’s going to be quite a large area, quite a large region, that the administration is going to share.”

Montgomery says the colleges will also be trimming back administrators in the financial aid and admissions departments. “We will have a couple of specialists on campus here who will be generalists, but they will be able to answer any question students or their parents might have about financial aid, about admissions, about academic programs.”

He adds that students and parents seeking help on campus will still be able to get help locally.

A number of those general positions in the departments will also be moving online in order to help streamline paperwork across the system and Montgomery says students have been moving to the online programs already. “So what we’re going to see is more unified admissions, unified recruiting, more unified financial aid. And that sort of thing is also going to help with regionalized administration as well.”

Each of the campuses will be losing around six full time employees, but officials from the UW stress that no faculty will be losing their jobs as part of the cuts.