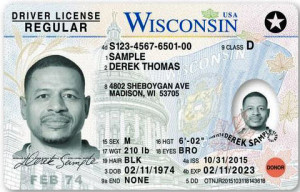 The next time you go to get a new driver license or photo ID card from the state, expect to see some changes in how it looks.

The Division of Motor Vehicles is rolling out a new design, which features a laser-engraved black and white photo, along with raised lettering. Driver’s services bureau director Ann Perry they are printed on a new type of poly-carbonate material, which is intended to make it harder to alter for identity thieves or those trying to make a fake ID.

Perry says customers will not notice any difference in the process, or cost, of obtaining a license. There is no fee increase and they will still be sent the new card through the mail about seven to ten days after visiting a service center.

The state decided to change the design in order to implement new identity theft-fighting technology, which Perry says will make the state’s cards the “most secure in North America.”