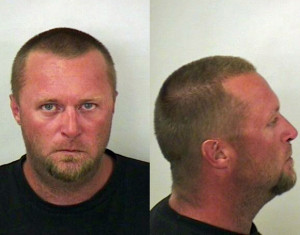 A school bus driver who was about to transport a middle school sports team was arrested Tuesday evening on charges of drunk driving. A Polk County Sheriff’s deputy responded just before 6 p.m. to a call from someone who saw a man leaving a tavern in Luck, showing signs of intoxication before getting on a school bus and driving away. The witness told the sheriff’s office the bus struck a curb as it drove away.

The deputy found 39-year-old Jeramia J. Marek of Danbury, asleep in the bus driver’s seat. Marek denied drinking alcohol, but the deputy detected the odor and arrested Marek after he failed field sobriety tests. He consented to a breath test at the Polk County Jail in Balsam Lake, where his blood alcohol level was 0.08.

Marek had driven a Siren Middle School team to a Luck school for a game, and was scheduled to transport the team back to Siren within minutes of the time he was arrested on the OWI charge.