You are here: Home / Badgers / Wisconsin’s Deal is Big Ten Freshman of the Week 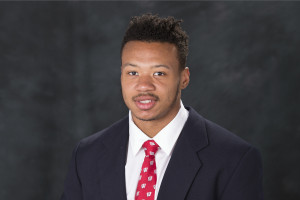 Wisconsin running back Taiwan Deal has been named the Big Ten’s Freshman of the Week.

Deal rushed for a career high 147 yards on 26 carries in the Badgers 28-0 win over Hawaii.  Deal recorded a pair of first-half touchdowns, giving the Badgers a 14-0 lead at halftime.  It  came in his first career start.