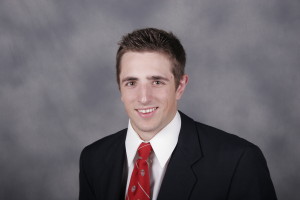 Wisconsin’s Grant Besse scored the game tying goal with 42-seconds left as the Badgers forged a 2-2 tie with Northern Michigan in the season opener at the Kohl Center.

Wisconsin pulled goaltender Adam Miller with a minute to play, before Besse found the back of the net.

The Badgers found the net again in the closing seconds, but an official review showed the whistle blew before the puck crossed the line.  Neither team scored in the overtime.

Miller had 19 saves in the final period to keep the Badgers in the game.  He finished with 32 saves.  Sophomore Jake Linhart scored Wisconsin’s first goal in the second period.

Seamus Malone and Kevin Schulze each had two assists.

The Badgers and Wildcats will wrap up their two-game series at the Kohl Center tonight.