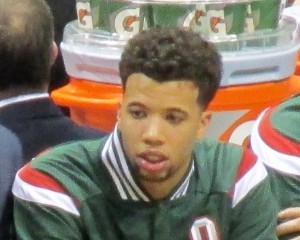 The Milwaukee Bucks have exercised contract options on four young players on Monday.

The 24-year-old Carter-Williams averaged 15 points, five rebounds and seven assists in 66 games last season with Philadelphia and Milwaukee.  Antetokounmpo averaged 13 points and seven boards in his second year with the Bucks.  The 20-year-old Parker missed most of his rookie year with a knee injury.  He averaged 12 points and six rebounds in 25 games.  Ennis was traded from Phoenix in February, with four points and two assists in limited time off the bench.

The Bucks are about to open the regular season on Wednesday night against the New York Knicks at the BMO Harris Bradley Center.