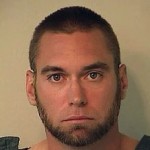 A man convicted of killing a pregnant woman in Door County will not get a new trial. Brian Cooper was given a life prison sentence without parole for the murder of Alisha Bromfield on August 19, 2012. Cooper killed Bromfield and her unborn child.

Cooper argued he should get a new trial because his attorney was deficient for not trying to get a lesser murder charge of reckless homicide. Online court records reveal that Door County Judge Todd Ehlers denied that motion Wednesday. Cooper can appeal this decision.