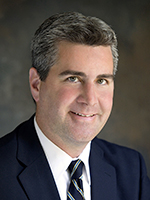 A state lawmaker wants to restore gas tax indexing. “All we’ve been doing lately is putting everything into bonding, and that credit card approach means that my children and their children are going to be paying for roads that they’ll never drive on,” said state Representative Robb Kahl (D-Monona). “I don’t think that’s a fiscally conservative way to approach this.”

Lawmakers voted to end gas tax indexing 9 years ago. Kahl’s legislation would restore the indexing of the gas tax beginning on May 1, 2017. Any increase in the tax would go into effect only if the Joint Committee on Finance either approves the increase or takes no action. The Joint Finance Committee, by vote, could prevent an increase from going into effect.

Restoring indexing was one of the recommendations made by a study commission Kahl served on. That report was released nearly two years ago. “As we walked in to have the press conference to release the report, before we even got to the podium, Republican leadership in the Senate and the Assembly dismissed our report,” Kahl said. “In this last last budget, we threw another million dollars at a study and a report. Our report is two years old. Nothing has changed as far as our problems, except they’ve gotten worse. Just change the date on there and I’ll save the state a million bucks.”

Governor Scott Walker requested $1.3 billion in borrowing for transportation projects when he proposed his 2015-15 state budget. Legislators on the Republican controlled Joint Finance Committee ended up cutting that amount by some $450 million, despite warnings that the reduction would result in project delays. Recently reported two-year delays include phase two of the Verona Road project in Dane County, and the I-90/39 expansion in Rock County.

Kahl said Wisconsin has the lowest cost in the Midwest for motorists to own and operate a car when considering gas taxes, tolls, vehicle registration fees and other government fees and taxes.