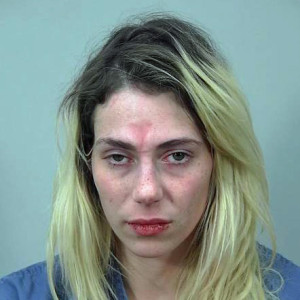 A 23-year-old Kenosha woman crashed her car twice in Dane County on Monday, injuring her two daughters and herself. According to the Dane County Sheriff’s Office Andrea M. Parise was traveling with her 6-year-old and her 18-month-old daughters when she first crashed, on County Highway T and Town Hall Road, driving approximately 200 feet into a soy bean field. Witnesses reported seeing her drive her 2009 Mitsubishi out of the bean field and continue on between 6:00 and 6:30 am.

About two hours later, another driver called 911 after seeing Parise’s vehicle swerving all over the road on County Highway N, and then crashing into a guardrail at N and Breezy Lane in the town of Sun Prairie.

Sheriff’s deputies responded to the scene at 8:25 am and arrested Parise for OWI (Controlled Substance) – 1st offense, causing injury. The felony charge is also enhanced for having two children under the age of 16 in the vehicle. Parise and her daughters were transported by EMS to a local hospital with non-life threatening injuries.

After being treated and released, Parise was booked into the Dane County Jail. The Dane County Department of Human Services is working to reunite the girls with other family members.