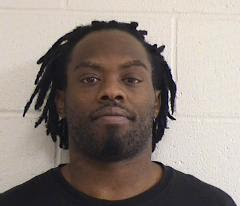 A man who admitted killing another man outside of a Wausau bar earlier this year has been given a lengthy prison term. John Lewis was sentenced to 40 years in the state prison, followed by another 20 years on extended supervision. The 32-year-old Lewis shot K.C. Elliot in the abdomen from less than three feet away. The shooting took place on January 3rd in the parking lot of the Sidetracked Bar, which has since closed.

A plea deal reached in August was for Lewis to enter a guilty plea for second-degree homicide, rather than going to trial for first-degree intentional homicide.

Lewis had help hiding before he was arrested. His cellphone had messages urging him to shut off his phone so it couldn’t be tracked, saying the police were looking for him. That same cellphone also had a photo of Lewis wearing a necklace that was found at the crime scene. Along with the prison time, Lewis was ordered to pay almost $40,000 dollars in restitution to cover Elliot’s funeral and medical costs.