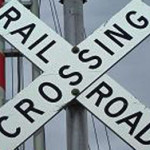 A Wisconsin Congressman says he’s tired of waiting for the railroads to change their ways when it comes to blocking highway crossings. U.S. Representative Ron Kind has sent a letter to the U.S. Government Accountability Office, formally requesting an investigation into public safety risks posed by trains blocking roads for long periods of time.

Kind, a La Crosse Democrat, said he has been hearing from many central and western Wisconsin residents concerned about the inability to get emergency vehicles past trains, and the inconvenience for residents. He’s convinced the railroads don’t plan to change their practices.

“It’s as if the railroads are shrugging their shoulders at us, saying well, there’s not much you can do to us anyway. Are we going to continue this practice? I don’t want this to result in someone losing their life because an ambulance or a fire truck wasn’t able to cross a blocked intersection when we needed them there.”

Kind approached Canadian National Railroad and Federal Railroad Administration officials, yet the problems remain. It’s unclear when the GAO may may initiate or complete their investigation.