You are here: Home / Sports / Niebrugge ties for fourth at Erin Hills 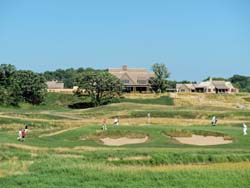