You are here: Home / News / Predicting a price spike at the gas pump 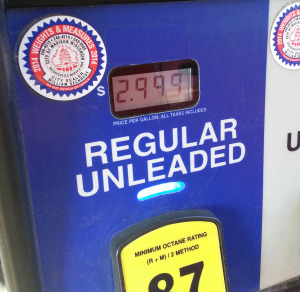 Don’t be surprised to see gas prices jump by as much as 30 cents a gallon in the next week. Patrick DeHaan, an analyst with the website Gasbuddy.com says rising crude oil prices and unexpected refinery shutdowns will affect pump prices in Wisconsin and a dozen other Midwest states.

As many as 12 refineries that supply the Midwest have announced partial shutdowns for either routine maintenance or unplanned repairs. Some of those closures could last a few weeks or long. DeHaan says production in the Midwest has already dropped from 100 percent to about 80 percent in recent weeks.

DeHaan says consumers should not expect the same level of price jumps many parts of the state saw this summer, when several gast stations climbed back above the $3 a gallon mark.

According to AAA-Wisconsin, the current statewide average for a gallon of regular unleaded fuel in the state on Thursday morning was $2.49.