You are here: Home / Packers / Richardson’s career is in jeopardy 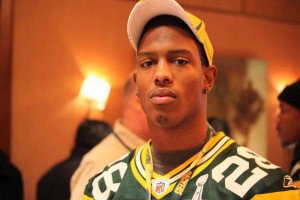 Green Bay Packers safety Sean Richardson has suffered a herniated disc in his neck for the second time in his career.  The Milwaukee Journal Sentinel reports that a source says Richardson’s season is over and his career is in jeopardy.

The injury is similar to one he suffered in 2012 that required fusion surgery of the C-5 and C-6 vertebrae.

Richardson was added to the injury report on Thursday with a neck injury and was listed as a limited participant.  He practiced on Wednesday but after experiencing neck pain the following day, he underwent an MRI.

The Packers have been very conservative with regards to neck injuries.  They refused to clear safety Nick Collins and tight end Jermichael Finley.  Both of them suffered herniated discs that required fusion surgery and neither has played since.

Richardson played in all 18 games last season and ranked eighth in the NFL in special-teams tackles with 14.  After the season, he received a one-year, $2.55 million restricted free-agent tender from the Oakland Raiders.  The Packers matched the offer.

Richardson played in three games this season but sat out the Kansas City game with an ankle injury.