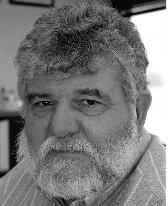 A longtime leader in Wisconsin organized labor is dead. Marty Beil, who served as executive director of the Wisconsin State Employees Union, AFSCME Council 24, from 1985 until his retirement this past June, died Thursday night at his home in Mazomanie. He was 68.

“It’s a loss,” said Phil Nuenfeldt, President of the Wisconsin AFL-CIO. “We’ll mourn for a good friend, a good human being. There is no way in hell Marty would want us to stop our agenda fighting for worker justice and social justice and people having a chance to earn a better wage. If anything it puts more passion and motivation in our goal.”

Beil was an outspoken participant in the 2011 protests opposing Governor Scott Walker’s Act 10, which stripped public employees of most of their collective bargaining rights.

“I’d be fooling you if I told you it wasn’t a difficult thing since 2011 under Act 10, but we’ve grown, we’ve gotten stronger,” Beil told WRN at the time of his retirement. Two out of three public employee union members dropped out in the wake of Act 10, and the state’s three AFSCME local councils consolidated. But Beil said young members were stepping up. “At the same time we can’t let our guard down, because Walker and his cronies in the legislature will continue coming after us, so it’s a constant fight.”

Beil began his career in 1969 as a probation and parole officer. In 1973, he became president of his statewide union and a member of its bargaining team. In 1978 he was elected Council 24 president, a position he held until being selected as the Council’s executive director. AFSCME, the public service employee union, was founded in Wisconsin and has grown to 1.6 million members nationally.

“Marty was a fiercely dedicated and passionate activist and leader for public employees and the services they provide for more than 40 years,” said Paul Spink, a long time member of Beil’s Local and now president of Council 32. “The labor movement is stronger today because of him. We are all devastated by this loss, but we will carry on and never forget his passion or commitment to the cause of economic justice.”

Beil’s was a vocal and often blunt voice in support of labor.  Following a 16-16 state Senate vote in 2010, Beil didn’t mince words. “My only comment is that Russ Decker is a whore,” Beil said, referring to then state Senator Russ Decker of Wausau, one of two Democrats who voted to oppose state labor contracts, which had already cleared the state Assembly. Beil also accused then Senator Jeff Plale of South Milwaukee with swapping his vote for an appointment in the upcoming Walker administration. Plale is now state Railroad Commissioner.

The rejection of the contracts, which came just before Governor Scott Walker took office, was among the factors that allowed Republicans to pursue highly controversial changes to collective bargaining for most state employees.

Elected officials who worked with Beil released statements on Friday.

“I am deeply saddened by the news of Marty Beil’s passing,” said Dane County Executive Joe Parisi, who served in the Wisconsin legislature during the Act 10 debate. “Marty dedicated his life to helping others and fighting on behalf of Wisconsin workers. Marty went to work every day to advocate for Wisconsin’s working families. And his legacy will reflect his desire to see all Wisconsinites have a chance to reach the American dream.”

“I am shocked and saddened by the passing of Marty Biel,” said Senator Mark Miller (D-Monona) who served as Senate Minority Leader during Act 10. “Marty Beil was a tireless advocate for worker’s rights, determined to better the circumstances for the working people of Wisconsin.”

“Anyone who has worked in Wisconsin, whether they were a union member or not, owes a debt of gratitude to Marty Beil,” said Madison Mayor Paul Soglin. “He not only gave us better wages and working conditions, but he was dedicated to creating a safe and happy workplace.”