You are here: Home / Brewers / Brewers hire farm director from within 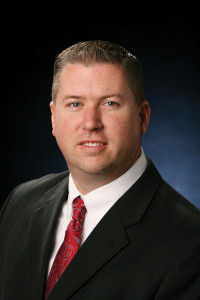 The Milwaukee Brewers announced the hiring of their new Farm Director today.  42-year-old Tom Flanagan will oversee the player development department and will continue to work out of Milwaukee.

Flanagan enters his 27th season in the Brewers organization.  He spent the past ten seasons as senior director of baseball operations. In that role, Flanagan helped coordinate the day-to-day duties of the baseball operations department.  His responsibilities included overseeing the international scouting department, the administration of player moves at the minor-league level, negotiating player contracts and traveling with the Major League team.  Flanagan was also involved in the preparation of the First-Year Player Draft.

Flanagan’s career with the Brewers started back in 1990 when he served as the teams batboy.  He held front office roles as an attendant in the home clubhouse (1992096), baseball operations assistant (1996-99) and as assistant director of scouting (2000-05).

Flanagan is a native of Milwaukee and graduated from UW-Milwaukee with a bachelor’s degree in business administration.