You are here: Home / Badgers / Clement suffers cut to hand 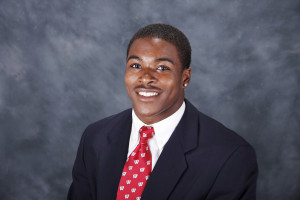 According to a University of Wisconsin release, Badger junior running back Corey Clement suffered a cut to his hand following an incident at his off-campus residence early Sunday morning.

Clement was returning to his residence when he witnessed a verbal dispute between a security guard at his apartment building and a group of individuals.  Clement became engaged in the dispute.  He and the security guard were then assaulted by the individuals, resulting in a cut to Clement’s hand.

Clement was at practice on Wednesday but did not participate, as planned, due to his continued rehab from his sports hernia injury.

University officials say due to the ongoing police investigation in the incident, Clement, coach Paul Chryst and the Wisconsin athletic department will have no further comment on the incident.