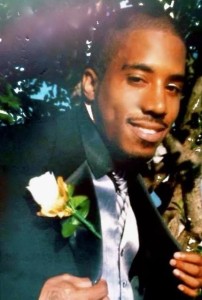 The family of a Milwaukee man, fatally shot by a police officer in April of last year, plans to file a federal civil rights lawsuit.

The announcement from the family of Dontre Hamilton comes at the US Justice Department wrapped of its review of the April 2014 shooting in a city park and ruled no federal charges would be filed in the case. Hamilton was shot during a struggle with Officer Christopher Manney, which took place after the officer patted down the schizophrenic man who was sleeping on a park bench.

Manney was cleared of criminal charges at the county level, but was fired after Police Chief Ed Flynn determined he had violated department policy with the pat-down. Manney is set to receive disability retirement benefits he applied for just days before his dismissal.

During a news conference in Milwaukee on Tuesday, Hamilton family attorney Alex Flynn said “it’s been a year and half since Dontre was gunned down violently, 14 times, in a downtown park in broad daylight…and there’s been no accountability.”

Nate Hamilton, Dontre’s brother, said the family has been denied justice, and has prepared itself to “not give up…to not give in.”

Flynn said the lawsuit will make sure “every detail of this injustice will be demonstrated, and we will prevail.”