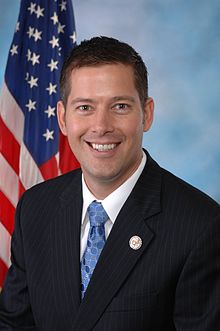 Groups focused on helping the homeless and hungry from across central and northern Wisconsin were in Rothschild yesterday for a conference hosted by Congressman Sean Duffy.

This was the 3rd annual Hunger & Homelessness Summit and Duffy brought U.S. Department of Housing and Urban Development Secretary Julián Castro to the Central Wisconsin Convention and Expo Center to not only talk about what the federal government is doing to help the less fortunate, but to also hear about issues facing the poor in northern Wisconsin.

Duffy says the federal government needs to do a better job of addressing the issues of homelessness in rural areas and in the northern states. He says that policies the work in warmer states where people can live out on the streets don’t work in places where it gets below zero outside. “We got a lot of folks in the winter travelling from sofa to sofa. The get people who will put them up just because it’s cold outside. And that doesn’t fall under the definition of homelessness, so then some of our centers that get HUD money can’t help those people out.”

The issue of homeless veterans was also brought up, and Duffy says that rural regions need better access to programs like the Veterans Affairs Housing Vouchers program. “There’s vouchers, but often times there’s a 50 mile radius for those vouchers to be used. And if you only have them as far north as Wausau, the people in the northern part of the state can’t use those vouchers. And then you have veterans going homeless because they don’t live in Wausau.” Veterans may also be unable or unwilling to move from their rural regions because of family or medical reasons.