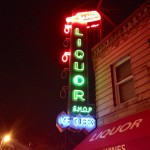 There was emotional testimony at the Capitol on Thursday, for a pair of bills getting a hearing before a state Assembly committee.

Jeff Kennedy’s son John was killed by a hit-and-run driver in Green Bay four years ago. “Because he left our son to die in the street, they couldn’t prove he was drunk at the time,” Kennedy told the Assembly Judiciary Committee. “His conscious decision to leave the scene of the accident actually paid off for him. He wouldn’t serve time for killing our son while under the influence, because he refused to stop and render aid to my son.”

Kennedy and his wife Colleen testified in support of  a bill from state Representative Andre Jacque (R-DePere) requiring drivers to stop. Jaque said too many don’t. “They don’t turn themselves in,” Jacque said. “They continue to avoid that responsibility.”

Daniel Peterson of Racine is frustrated — his son Jim and another man were killed by a repeat drunk driver last Fathers Day.

“I know that you guys have been talking about different legislation since 2013, and probably before that. My son’s dead,” Peterson said, testifying in support of so-called “five strikes you’re out” legislation. The bill from Representative Eric Genrich (D-Green Bay) would revoke the driver’s licenses of habitual OWI offenders for ten years.

Wisconsin has the highest rate of drunken driving in the nation. More than 26 percent of Wisconsin adults who were surveyed admitted that they had driven under the influence of alcohol in the previous year, according to a nationwide study by the U.S. Department of Health and Human Services released in April 2009.

Alcohol-related crashes killed 223 people in Wisconsin and injured nearly 3,000 in 2012, according to the Wisconsin Department of Transportation.