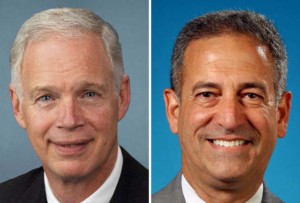 “This time, it’s about the same, 49 to 38,” Franklin said Thursday. “Still an 11 point Feingold advantage right now.” The August Marquette poll had Feingold with a narrower 47 percent to 42 percent lead over Johnson. Franklin noted that just 55 percent of poll respondents were able to say if they have a favorable or unfavorable view of both Johnson and Feingold. “The Senate race is interesting because of the limitations,” Franklin said.

More than a third of poll respondents said they couldn’t say if they view Johnson, the Republican who defeated Feingold, favorably or not. “Senator Johnson has not become widely known in the state since we’ve been polling about him,” Franklin said. But he cautioned that the race is very far from decided.

“We are just under a year away from Election Day. This (poll) is the background, this is setting the stage for the race. Who knows what’s going to happen,” Franklin said. “I’m going to wait for the returns on election night.”